This project was a 16 week long project where in the first 8 weeks we made a networked cross platform turn based card game engine for PlayStation 4 and PC in C++. And in the next 8 weeks created a game with that engine named: “Reptoads”. 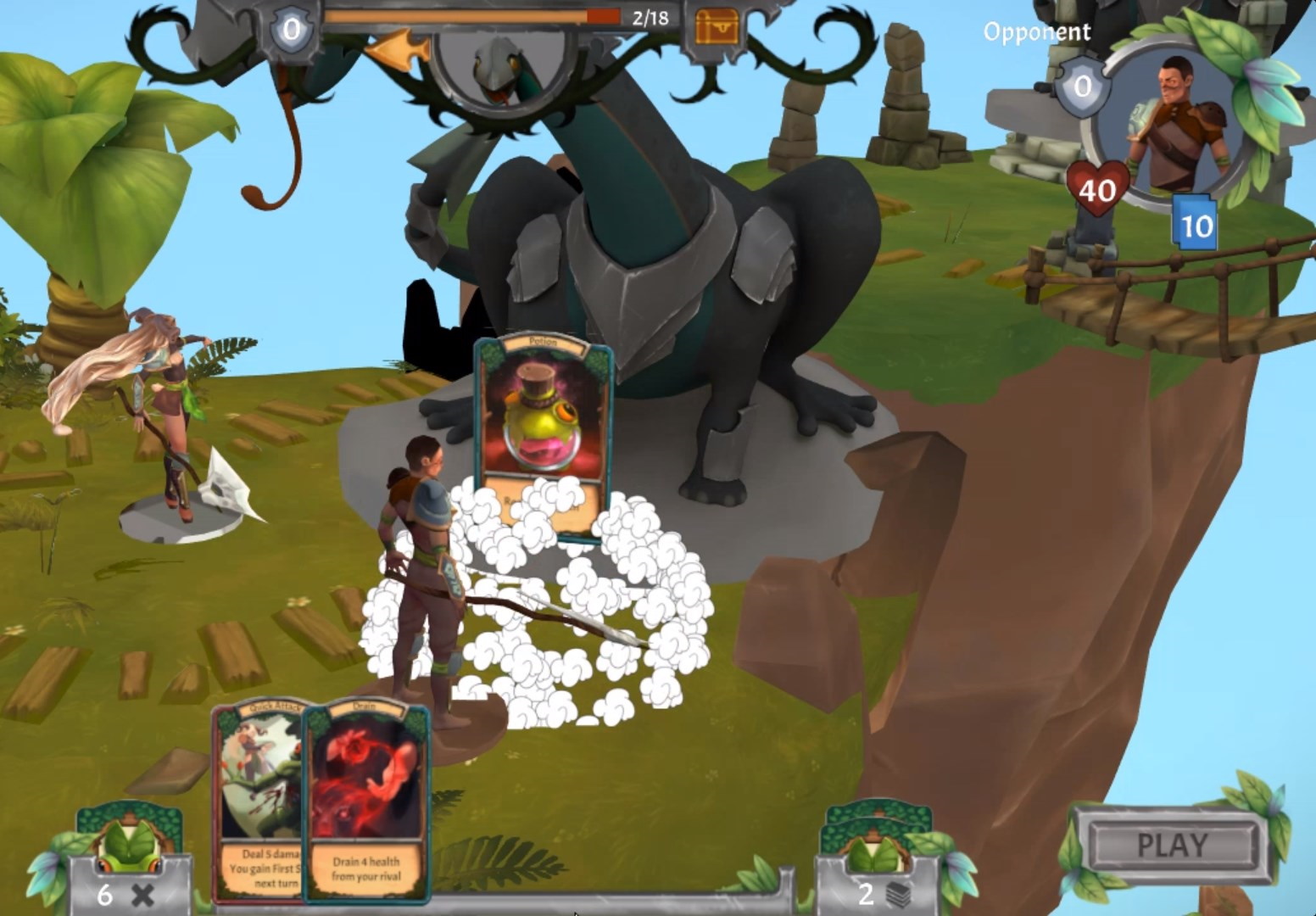 In the first 2 months of this project during Pre-Production we made a specialized Custom Card Game Engine in C++ with Networking and card effect scripting in Lua. The engine is cross-platform supporting Windows and PlayStation 4. The engine was designed to handle deterministic turn based games with custimizeable card effects and 3D enviroments exported from Blender and Maya via GLTF.

With our Specialized engine in hand we started Production of our game Reptoads. A Multiplayer Card Game with PVP and Co-op elements. We now became a big cross-disciplinary team of 25 people as Artists and Designers joined us. 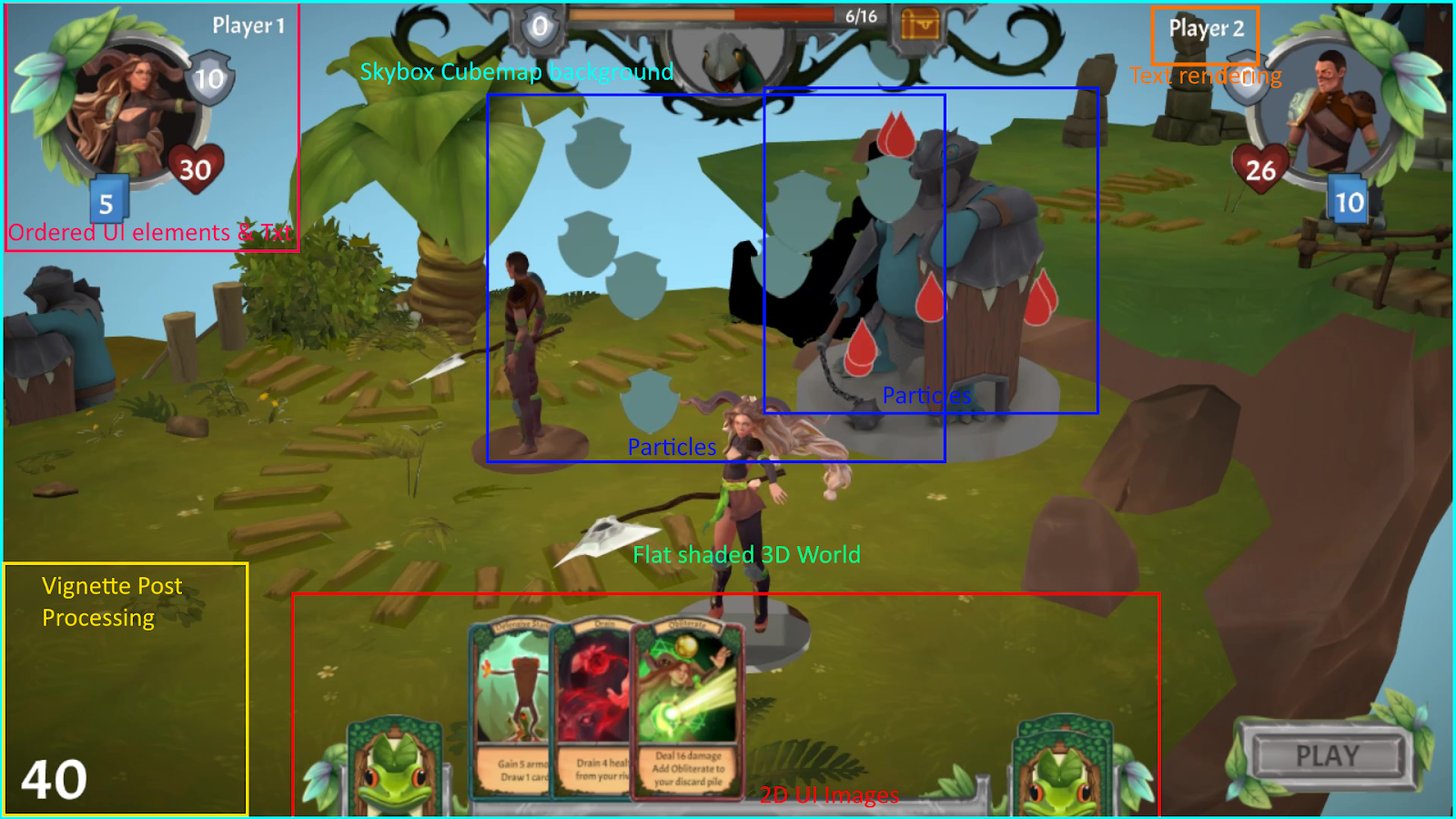 During development of the engine I was responsible for the DirectX12 Graphics on Windows. Including:

And I was responsible for implementing several Engine features:

Working in a big cross-disciplinary team.

Cross-platform is difficult as some platform abstractions can only feasably be built when there is enough knowledge of those particular platforms. In the case of PS4. For example, memory management which we sometimes ran into issues with as the management of GPU memory on GNMX and DirectX.